What Happens in Vegas

Las Vegas is probably my least favorite place on Earth. It's no fun unless you want to spend a lot of money on alcohol. Hi, Future Walt here. It also helps to be a girl. You get in places for free. I am not.

This weekend a few other interns and I made the 6-ish hour drive from Los Angeles to Las Vegas. The big reason we went was to see the Cirque Du Soleil show Ka. (More on Ka later...)

The trip to Vegas was super boring. It pretty much all looked like this. 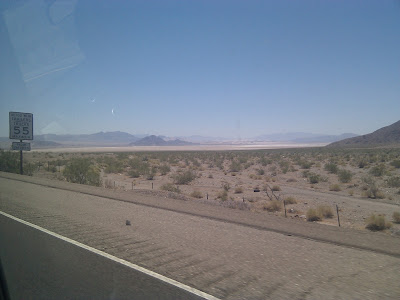 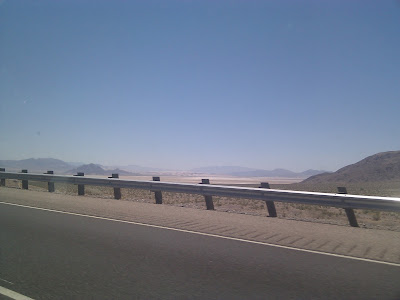 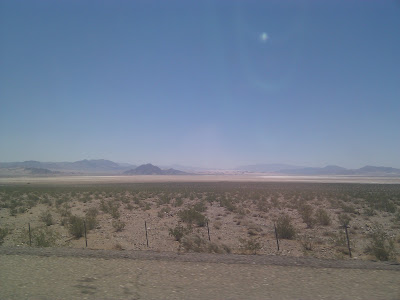 On the way we stopped to eat in the town of Baker, CA. We ate at a Greek-themed restaurant. 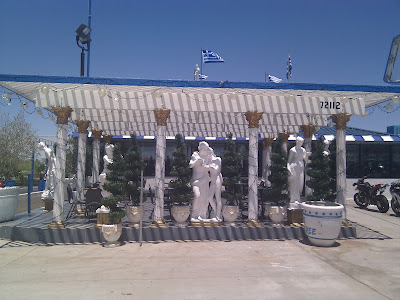 We stayed in one of the cheapest hotel casinos in Vegas, The Excalibur. 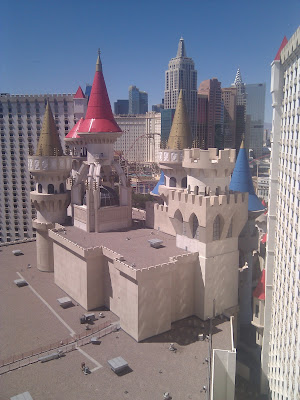 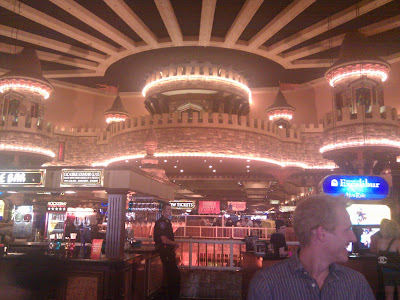 After checking in, we went exploring!

And as it turns out, Vegas is pretty much entirely slot machines. 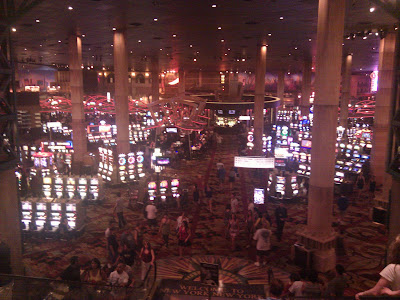 The outsides of the casinos are usually much more interesting than the insides. 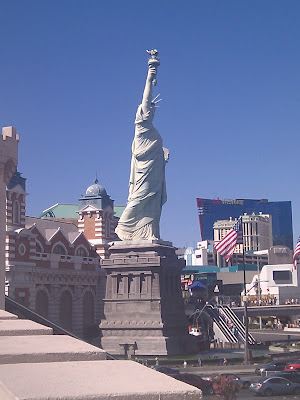 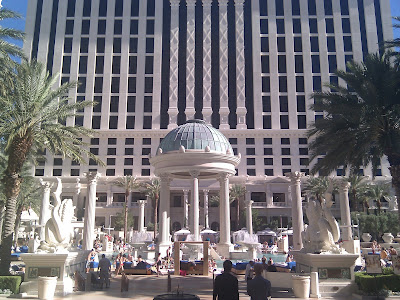 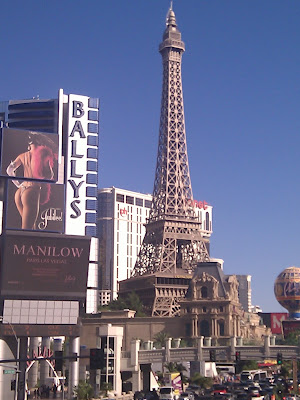 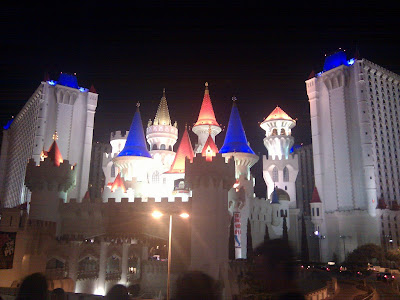 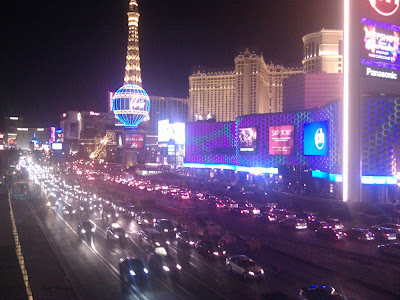 You can, of course, gamble and swim at the same time. 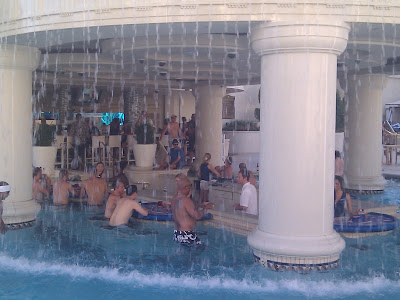 Vegas is littered with all sorts of lame street performers, such as this couple in awful, awful (though at the same time pretty impressive) Toy Story costumes. 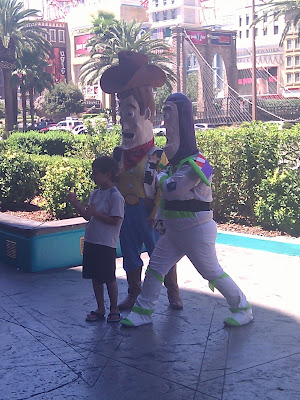 After taking this picture I was yelled at and shooed away by the performers, who wanted a tip that I would not give them.

Saturday evening we saw the Cirque du Soleil show Ka. It is easily the most technically impressive piece of theater I have ever seen. The show and it's incredible stage cost over $200 million to create. The massive stage itself can move in and out, up and down, tilt up and down, and spin. It also has a sophisticated camera-based actor-tracking system that allows them to project all kinds of special effects onto the stage. The stage is so massive that it was built by a company that normally builds large-scale industrial mining equipment. 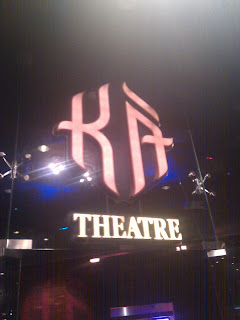 Ka is a great show, and if you are ever unfortunate enough to be in Vegas, is not to be missed.
Posted by Walt D at 6:55 PM No comments:

Yesterday evening we went to see Prince of Persia at the El Capitan in downtown Hollywood. The movie was a reasonably entertaining summer action flick.

The El Capitan theater, though not owned by Disney, shows only Disney movies. It's also a pretty cool venue. Before every show there is a performance by a live organist, who then descends into the stage just before the previews. 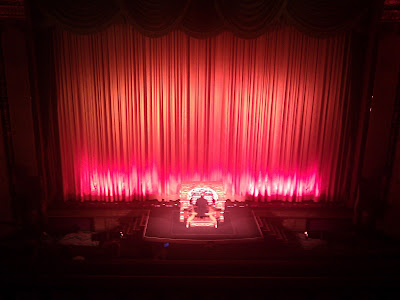 The whole theater itself is decorated to match whatever movie is being shown, and there are often displays of movie props in the basement. Here are a couple from Prince of Persia: 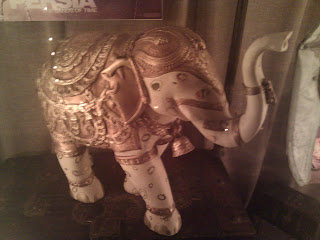 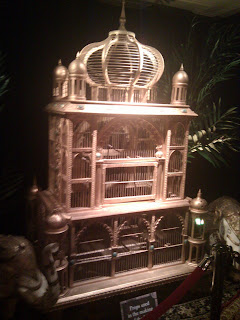 Before the movie we walked briefly around downtown Hollywood. There's really not much to see, though the hand and foot prints of all sorts of movie stars are pretty neat.

Anthony Daniels (aka C-3PO) is a visiting scholar at the ETC. He's a nice, polite man, and very, very smart. 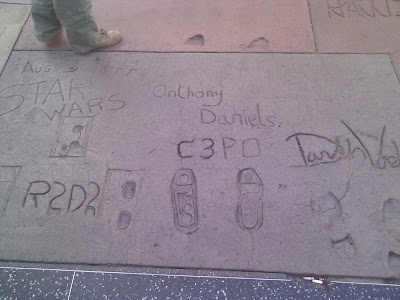 Someone once told me that I reminded them of Jack Nicholson. Personally I don't see the resemblance, but I took it as a compliment. 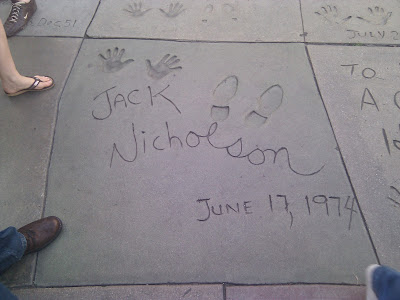