Starships now have crew on board. As in the most recent version of the original prototype, the crew on a ship are fully automated. Crew currently only have one job, which is to staff the ship's weapons and control room. In the future they will also have other tasks to perform, such as delivering ammunition and making repairs. 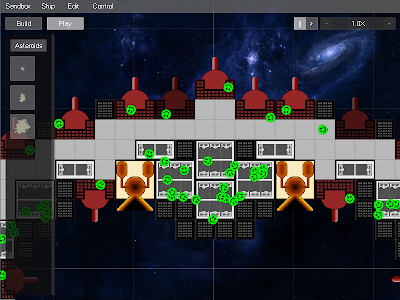