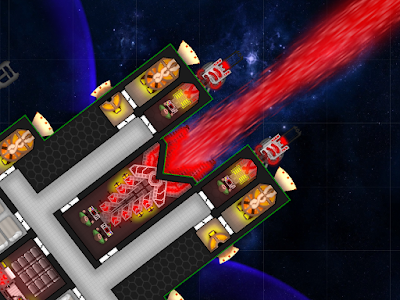 The Ion Beam shoots an extremely powerful (and power-hungry) beam of ion energy that will quickly rip holes in enemy ships. It is currently the most powerful weapon in the game in terms of how much damage it can do every second, and it's particularly effective at sawing ships into pieces.

But as powerful as the Ion Beam is, it does have some key weaknesses:


Please feel free to download the game and post your feedback!
Posted by Walt Destler at 10:35 PM