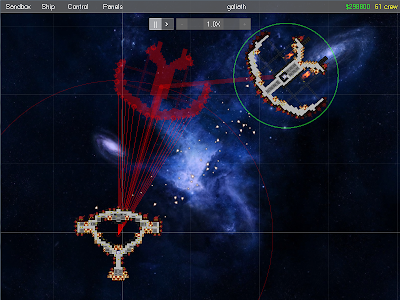 This screenshot probably requires a bit of explanation:
It is currently not possible to manually adjust which flank your ship will fire from. This feature is hopefully coming soon.
Posted by Walt Destler at 3:42 PM