On Friday and Saturday, a few of us Imagineers ventured up to the San Francisco area for the Maker Faire. It's basically a bunch of do-it-yourselfers geeking out with each other.

Anyway, Imagineering went up there to showcase some of the cool technologies we're working on as part of Maker Faire's education day for kids. 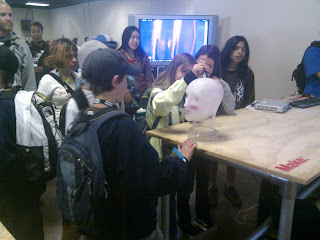 One thing we showed is a cool trick whereby a webcam captures video of your face, which is then projected back onto this model of a human head. The effect is kind of like a really bizarre 3D mirror. It was definitely popular with kids. 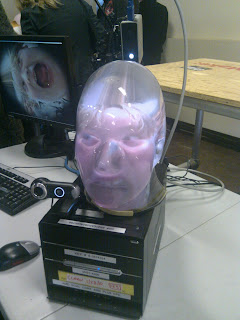 Another technology we're showed is a 360-degree camera. Once upon a time (a couple weeks ago) it was attached to one the ride boats for the It's A Small World ride at Disneyland. The cool thing about this video is that, though it is all prerecorded, you can still pan around within the video as if you were controlling a normal camera live. 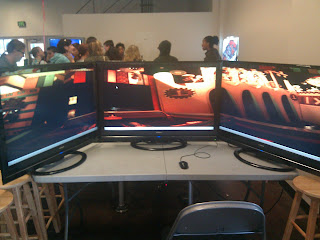 But the most popular technology we demoed was the FLIR infrared camera. It can see heat instead of normal visible light. It costs about $35,000, so we didn't let any of the kids touch it, but they could see themselves glow bright on the screen. One cool thing is that if you touch the wall with your hand for a couple seconds, it actually heats up the wall, leaving an imprint for a little bit. 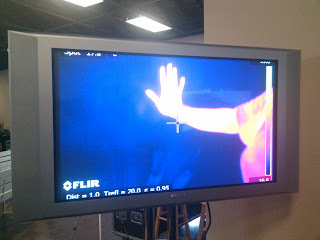 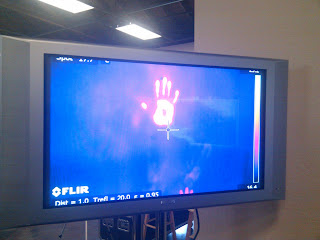 Friday was the education day, and on Saturday the main fair started. Upon entering the fairgrounds, one couldn't help but notice the giant rocketship in the middle. 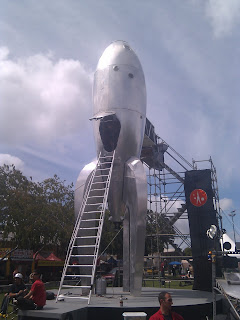 A commonly-recurring theme throughout the day was crazy vehicles. 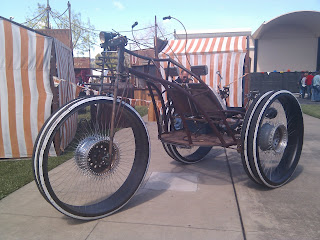 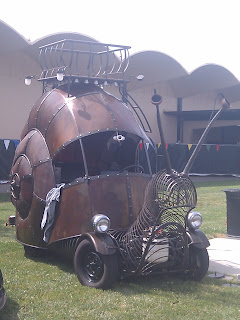 Robots were another common sighting. 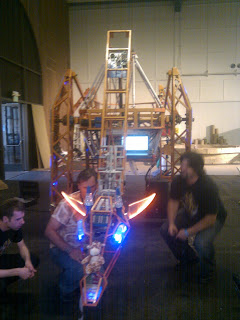 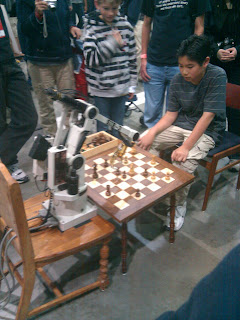 Not to mention the obligatory R2 droids. 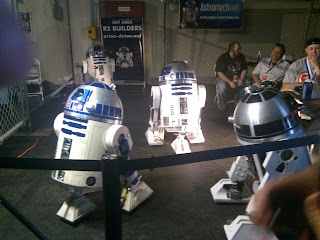 These aren't the chickens you're looking for... 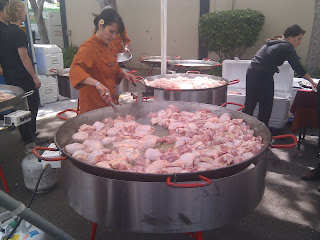 There were a bunch of fun wood "sculptures" that anyone could bend into their desired shape. (Puppy!) 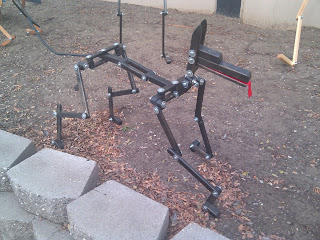 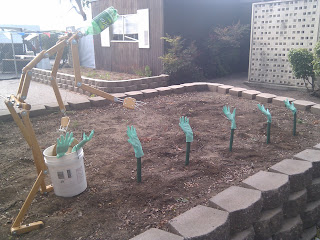 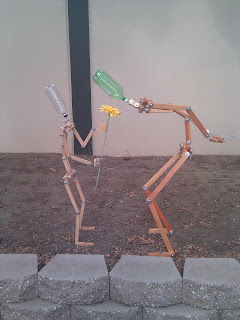 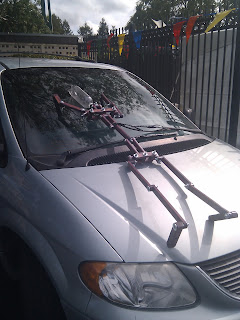 One group had a shadow-detecting projection. I only mention it because we've done much more interesting stuff at the ETC. 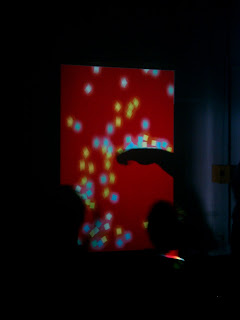 Another group had a cool tank combat video game, but not quite as cool as Tanky-Tank. 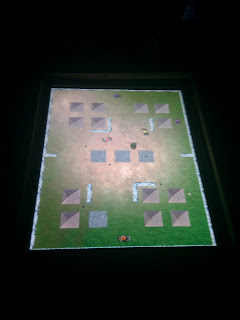 There were a bunch of wild-and-crazy art pieces. 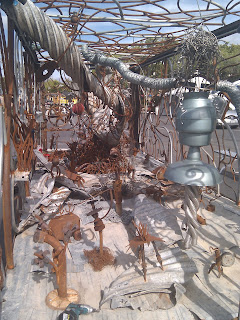 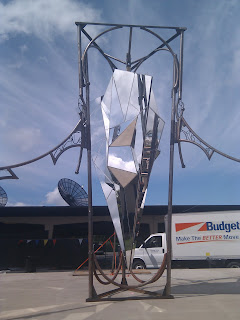 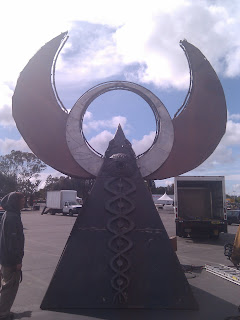 And some human-powered carnival rides. 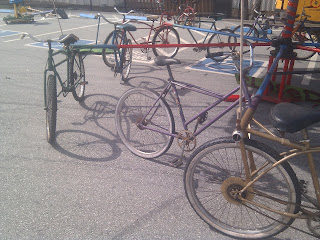 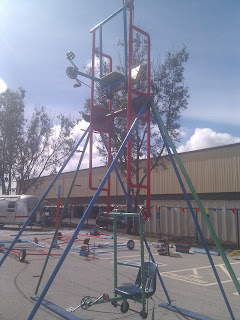 Lastly, there were a couple of awesome musical devices...

One was a mechanical percussion instrument:


And the other was a musical instrument using giant Tesla coils! The notes you hear are simple electrical current flowing from the coils. (Yes, there's a person in the cage between the two coils.)